Fashion and Halloween have been inspiring each other for decades, and every time the result is exquisite. Halloween brings the designers a new inspiration and makes them explore their Gothic side.

Here are our picks for the Halloween inspired fashion outfits: 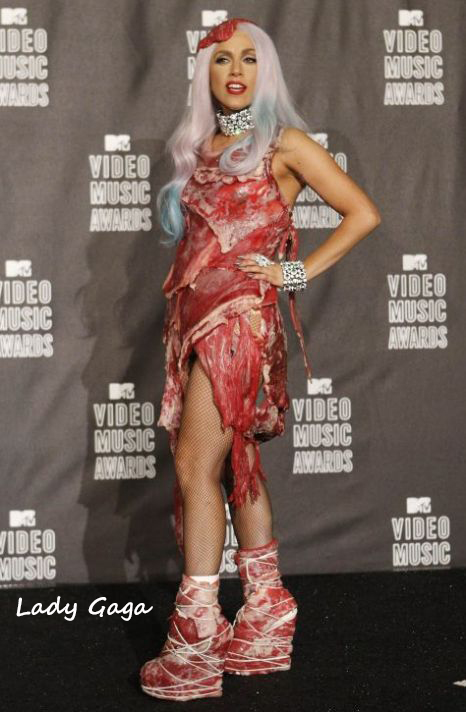 The lady with the crazy sense of style made a statement with Lady GaGa’s meat dress, in the MTV Video Music Awards by wearing a dress and shoes made entirely of meat. There were many interpretations as to the significance of the dress, the most popular being, Lady Gaga not being a piece of meat. 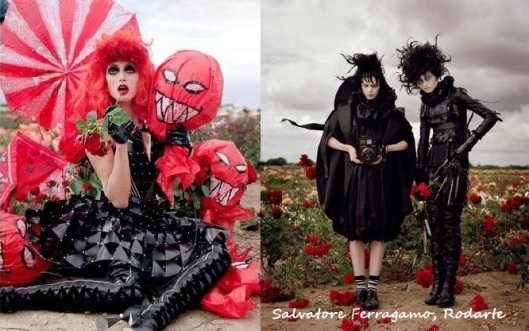 Tim Burton’s Magical Fashion shoot has the perfect combination of Halloween and his magical imagination. The shoot comprised of various designers and brands that produced inspiring designs on the theme that gave us a peep to the wild interpretations that can be constructed.

In the fall of 2009, John Galliano found inspiration for his Ready-to-wear collection in the witches of the past. The make-up may say Witches of the past, but the attire is truly a Galliano interpretation that makes us look at the design in admiration.

Halloween is empty without Alexander McQueen being a part of it. The designer is known was his elaborate and unconventional designs that inspire others to follow and research his style. The outfit describes the feel of Halloween and Goth in a “bloody” way that can only be done by McQueen.

Jean Paul Gaultier in the spring of 2009 presented his outfit of the Halloween Goth bride on the ramp. Nothing represents the Gothic culture and Halloween like the colour black and with that the Goths’s unconventional philosophy of wearing a black bridal dress on their wedding day.

There are many more outfits that resemble the spirit of Halloween and all its aspects in ways that sometimes seems unimaginable to the mind, but the designers keep on exciting us with their eccentric ways.

This site uses Akismet to reduce spam. Learn how your comment data is processed.

Draw A Dot is a global fashion illustrator community. It is also an agency representing illustrators in Toronto, Canada.